Our Favorite LA Kings Tweets Of All Time

The LA Kings play hard on the ice and on the Internet. Their Twitter feed has long been known among sports fans for content ranging from witty to brutal. Here are some of our favorites!

Following beating the Vancouver Canucks in game 1 of the 2012 Western conference quarter-finals... savage!

To everyone in Canada outside of BC, you're welcome.

Lifting us up with some humor in the not-so-good times.

us when we found out we won’t play hockey for 4 more months pic.twitter.com/CxWS7DrEYS

Giving St. Louis the blues back in 2017 (in fairness to the Blues, they're starting to catch up).

When they invited Retta of "Parks and Recreation" fame, who knew nothing about hockey, to live Tweet a game and she became a fan!

"I don't know anything about hockey, all I know is I like cute guys."
- @unfoRETTAble on attending her first NHL game pic.twitter.com/Ej9LEs5pYf

When Dwight Schrute from Scranton, PA asked for tickets and they delivered.

@rainnwilson We can give you tickets - if you let us deliver them to you in a bowl of
jello. 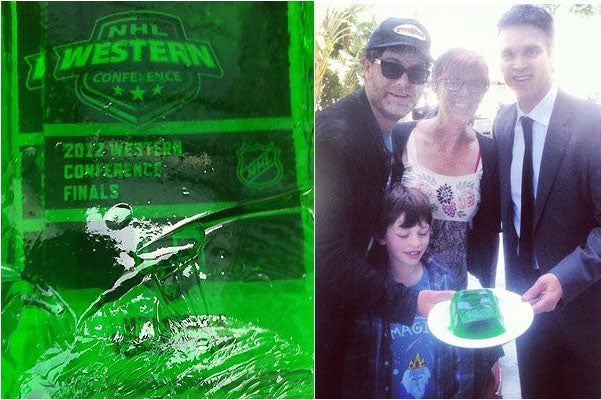 And of course we have to love these!

The #LAKings are your 2012 Stanley Cup Champions!