How LEGO Went from a Wooden Duck to Toy Bricks

We all have played with them as kids. Those little colorful blocks, we stack as high as we could. Creating everything from houses to landscapes. LEGOS® are a childhood staple.

Founded in 1932, LEGOS® get there name from the abbreviation of the Dutch words “leg godt” meaning “play well”. They have come a long way in the past 80 years from a carpenter’s workshops to modern day global enterprise! The first LEGO product was a wooden duck simply called "The LEGO® Duck". 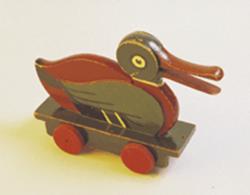 In the 1940’s the wooden duck was transformed into wooden bricks with decorations. Then in 1949 they added four and eight studs so they could connect the blocks together called "Binding Bricks". 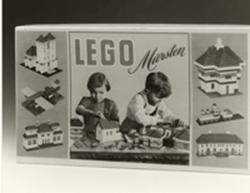 In the 1950’s, LEGO® turn from wood to plastic. And the first film about LEGO® is shot. It was black and white with no sound. 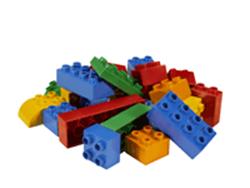 By the 1960’s, LEGO's wooden toy warehouse is destroyed by a fire and the wooden blocks are discontinued entirely. Model sets, building instructions are launched as an addition to the Basic and Supplementary sets. Then in 1968, LEGOLAND® Billund, Denmark opens its gates on June 7th. And in 1969, the first LEGOLAND® film is made. 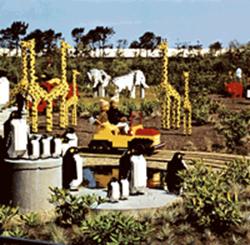 By the 1970’s the first LEGO® book is published, called "We play with LEGO®".  And in 1974, LEGO® family figures were made, followed by LEGO® Firemen and Astronauts.  Also, LEGOLAND® park builds a replica of Mount Rushmore! 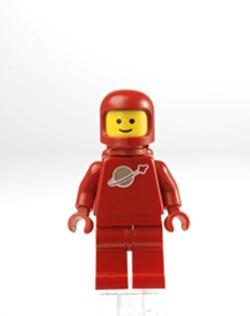 In 1982, LEGO® celebrates its 50th anniversary and the LEGO book "50 Years of Play" is launched. Figures with moveable arms and legs are made. 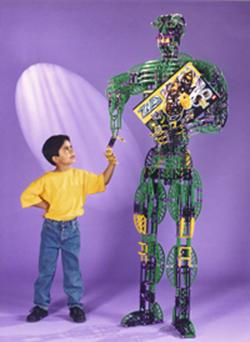 Buy the 1990's LEGO® is the world’s 10th largest toy manufacturer and in 1996 www.lego.com launches. In 1999 LEGO® launches its Star Wars addition set and in the same year, LEGOLAND® California Resort opens in Carlsbad. LEGO® is named one of the "Products of the Century" by Fortune Magazine. 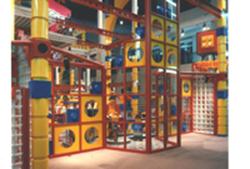 By 2000 LEGO® and Warner Bros partner in creating a Harry Potter’s magic universe. Then in 2007 The LEGO® Star Wars Millennium Falcon was created as the largest LEGO® model to date, including 5,195 pieces. In 2009 LEGO® becomes the 5th largest toy manufacturer and talks of the first ever LEGO® feature film are rumored.

By 2010 LEGO® launches its online game called "LEGO® Universe" and in 2011 they became the 3rd largest toy manufacturer.

Now in 2014, the first LEGO® theatrical movie will be released on February 6! 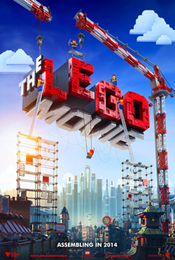