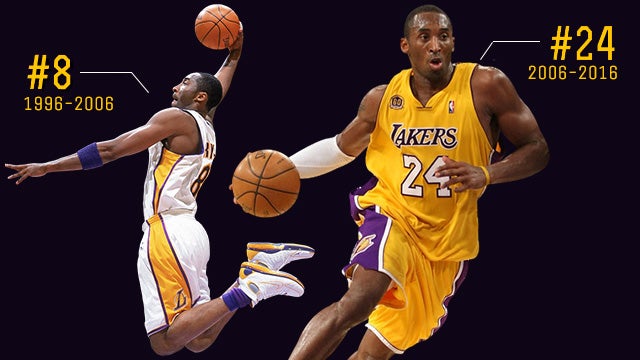 Kobe Bryant is one of basketball's greatest players of all time. To honor his legacy on Kobe Day and Mamba Week we are looking back at some of his greatest accomplishments over his 20-year career. It's safe to say he has had a tremendous impact on the city of Los Angeles and around the world! Let's take a look back at everything that made him the GOAT.

The Charlotte Hornets selected Kobe with the 13th overall pick and immediately traded him to the Lakers! Thank you Hornets!

Kobe's rookie year started off on a high note by taking home the Slam Dunk title in the NBA All-Star game. Here is where he put his stamp on the league to show he was the future and here to stay.

In a brand new STAPLES Center, Kobe won his first NBA championship alongside superstar teammate, Shaq. This began a league-wide alert that this dangerous duo would be a force to be reckoned with for the foreseeable future.

Kobe and the Lakers came back stronger than ever to defend their title and nearly set an NBA record for clean sweep throughout the playoffs. Winning back-to-back championships proved to be an easy one, losing just one game and finishing with a 15-1.

Kobe helped the Lakers win three straight championships, becoming just the 3rd organization in history to do so. This run of titles cemented their dynasty and the phrase "Three-peat" came back to life.

Kobe was shooting lights-out in this game and went on to record the 2nd largest scoring performance by a single player with 81 points. If you missed this game, the video above is 81 reasons to watch.

Kobe had 13 points and two assists in the fourth quarter as Team USA survived a gritty, determined performance by Spain to take home the gold medal for Team USA.

Kobe rose to the top this year winning his first NBA MVP award and leading his team to the best record in the West and all the way to the 2008 NBA Finals.

A year after losing in the NBA Finals, the Lakers bounced right back and Kobe won his 4th championship. It was the first time Kobe won a title and the Finals MVP trophy without Shaq, knocking a huge personal weight off his shoulder.

Another back-to-back title run for Kobe and the Lakers. This marked Kobe's 5th championship and his most special as it was a classic head-to-head Game 7 win against their archrival, Boston Celtics.

Kobe helps Team USA defend their gold winnings from 2008 and repeat as Olympic Gold winners at the 2012 Olympics.

Kobe has had his share of broken bones and bruises, but tearing his Achilles was the worst injury of his career. However, this game proved to show just how tough and competitive Kobe is, by hitting both free throws and walking on/off his own.

Kobe passed Michael Jordan (the player he has always been compared to) on the NBA's all-time scoring list. On this night, he became the 3rd highest scoring player EVER.

Watching Kobe Bryant for the last time in a purple and gold uniform was like many before as the Lakers’ legend scored 60 points in his farewell NBA game. He ended his 20 year NBA career with a touching speech that many will remember. 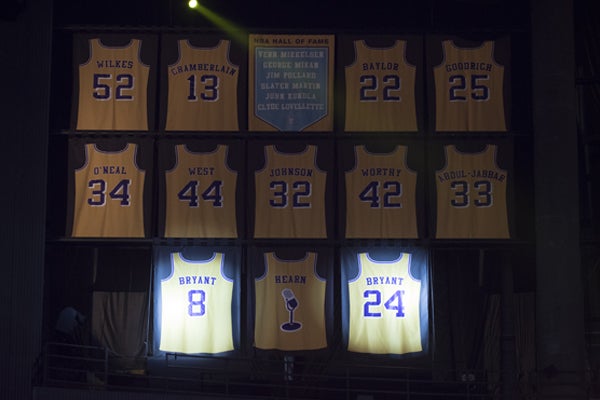 The Lakers retired BOTH of Kobe's jerseys to honor everything he brought to, not only the Laker's organizations but the sport of basketball.

He showed us he is a winner on and off the court when he won an Oscar for his short film Dear Basketball.

There's no question Kobe Bryant is one of the most accomplished players in NBA history.

On January 26th, 2020, Kobe Bryant along with his daughter Gianna, and 7 others tragically passed away in a helicopter incident, but his legacy will live forever. His #8 and #24 jerseys hang in STAPLES Center and will serve as a reminder that the Mamba Mentality will live on.