HOW STRONG IS YOUR BASKETBALL IQ? 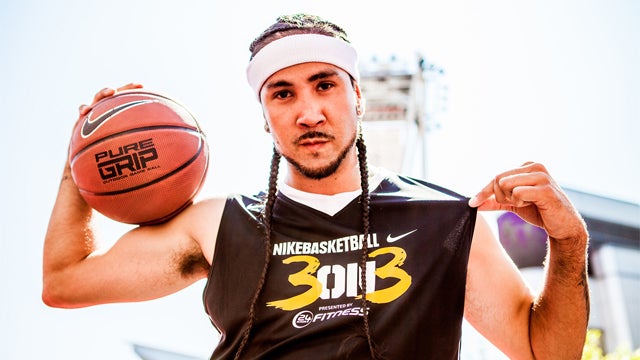 With the Nike Basketball 3ON3 Tournament at L.A. LIVE quickly approaching, test your knowledge to make sure you're well versed in your basketball slang. We don't want your conversations to "flop," so read up and show everyone how hard you ball on the court and in the stands! 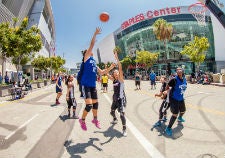 Getting a rebound or rebounding.

USE: “She is always ready to get boards.” 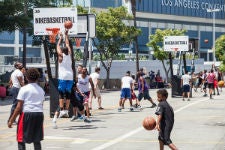 A player throws the ball to a teammate who is standing near the basket.  The player by the basket jumps, catches the ball midair, and immediately scores the basket.  (Usually alley oops are dunks.)

USE: You can always count on J.R. Smith to pass the ball to Lebron for the alley oop. 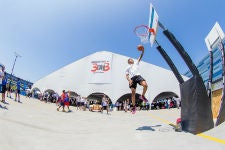 Any player who can jump high.

USE: “Did you see the height on that dunk? He has bounce!” 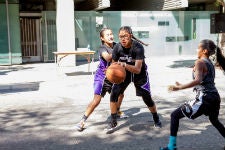 A commonly used phrase in basketball, also used in other sports.  To be a clutch player is playing great when it matters the most and being able to make the big shots and plays, usually resulting in a win.

USE: “Their offense came in clutch in the second half, helping them win the game”

A dribbling move that is performed by an offensive player when he or she moves the ball from one side of the body to the other with a single dribble.  It is a fakeout on the offensive player’s part.

USE: “That crossover can break ankles!” 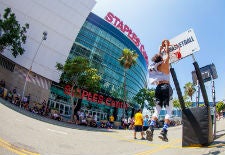 A field goal in basketball is worth two points and is a shot made from inside the three point line.  A field goal is a jump shot, layup, or dunk.

USE: “DeAndre Jordan still has the best field goal percentage in the league!” 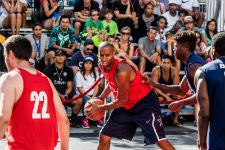 An intentional fall by a player when there is little to no physical contact by an opposing player in order for the officials to call a personal foul on the opponent.

USE: “No one even touched him, that flop was so dramatic.” 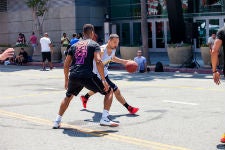 If you crossover an opponent and he ends up spinning around, you’ve made him dance.

USE: “He made him dance with that play!”

A player who positions himself near the basket for a pass with his back to the basket and a defender behind him.

USE: “He used his size to post up near the rim.” 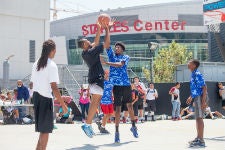 Either the rim of the basket or a shot made.

USE: “He was scoring buckets all day!”

Nike Basketball 3ON3 Tournament is taking place at L.A. LIVE August 4-6! See you there!